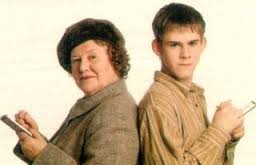 Having a Part to Play in Internet Fraud Alert

I sometimes think I missed out on a great career in detection or even intelligence work, especially since I can be like a dog on a bone about something that, as Hetty Wainthropp would comment in her Lancashire housewife-cum-private-detective accent, “Sumthin’ doesn’t add oop!”  This was true this past week, just before Labor Day in the States, when one of my LinkedIn group feeds had a  post that truly sounded so great that I had to look into it.  It was a post for a VA position that would guarantee $700 per week salary and all you needed was a computer and a printer.

The Clues That Don’t Add Up

I looked at the profile of the advertiser and immediately, my “internet fraud alert” button started flashing red and making an amazing din in my head.  Here’s what my self-preservation smarts picked up:

I reported the profile to LinkedIn as well as to the local FBI office; the FBI suggested I send the internet fraud alert onto the IC3, a specialized, intragovernmental investigation unit that works with the FBI on cyber crime.    I share this with the privately engaged VAs and freelancers I contacted outside the forum.

What astounds me is that there are still people, over 10 days later, who are anxious to hear that the job is still available (I think “Mr. Brown” has since realized he’s been rumbled though I hope he was active online long enough to be traced by the investigation units of LinkedIn and the U.S. Government–I doubt I will ever know).

The fever for getting work is so keen that some people have admitted to being not mindful of the warning signs, even later posts by people wondering if the whole thing was a scam.  I could only do so much contacting of individuals and hope no one got caught up in the scheme. 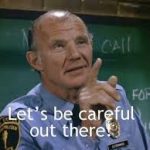 Be Vigilant But Not Paranoid

Internet fraud alerts can often be highlighted in the media when they are big ones, so widespread that many people worldwide can be taken in.  This was small potatoes, preying on freelancers who are trying to survive in a competitive marketplace.

But please look for the signs:  can you tell who the company or individual is and do they look fully engaged in the platform they are using to advertise?  Is the name so generic they would be nearly impossible to trace?  Is the way they write sound like normal English speech or what most employers in America would likely write?  Does it sound like it is “canned” and doesn’t answer specific questions you have asked them?  Is the position sounding too good to be true, like it would solve all your financial worries in no time?  Do they, like “Greg Brown” did at one point, sign a different name (he actually responded on the forum as “Greg Smith” and when I called him on it, edited it and sent me an unpleasant, menacing email that said “Smith” was his middle name) as though they can’t keep their aliases straight?  Do other people try to get them to engage in a forum Q & A and there is no reply?

Just a couple of ‘yes’ answers to any of the above should have you determine that it is not an opportunity that is meant for you.  If you are on the fence, do a little research about the things that don’t add up.  I caught another character in a fake profile when he claimed to be a Royal Navy Seaman but put Sandhurst as his education.   Sandhurst trains Royal Army officers, not Royal Navy able-body seamen.

Let’s be careful out there!